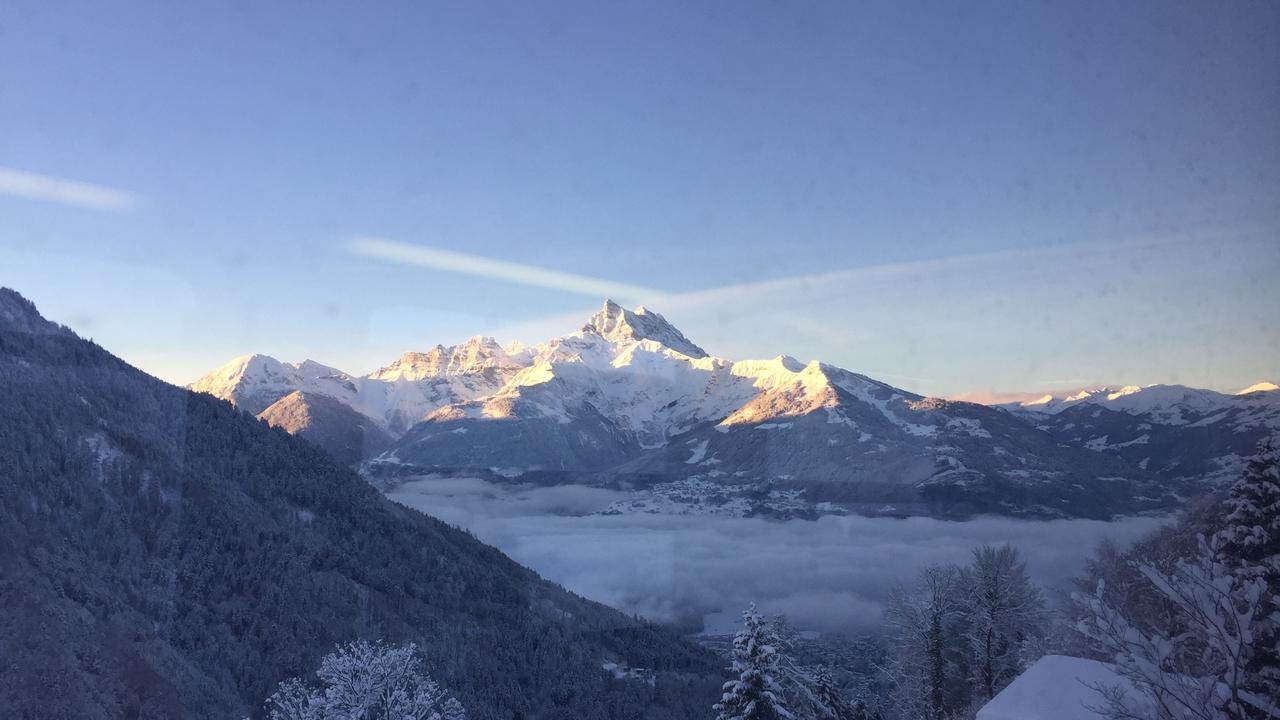 Reaching The Heights Of Meaningful Work

Often we think that to reach the height of a meaningful career you need to become really good at something that you are recognised for and that has a positive impact. So did I for a long time. In 2014, I got another perspective.  That there was something beyond that.

I had arrived in Switzerland in 2010 and started a new business from scratch. I had no network. I was told I was crazy and that the market was saturated in terms of coaches and consultants.

Within 18 months I was working with big multinationals and humanitarian organisations doing what I loved - focusing on energy management, meaningful work, emotional intelligence and leading change. And my business was doing well.

2014 was a turning point though in an unexpected way. By that time I was working with high potential leaders and actively supporting internal change agents in large organisations to bring meaningful change. I was leading transformation journeys and 5 day retreats so we could go deep.

At the end of that year I was offered my dream job by two of the multinationals I was delivering training for. I was basically told that I could define my own role based on what I wanted to do. And that the security of a handsome salary went with it. Basically they wanted me and they would do what it took to get me.

In that moment I thought I had made. That all the things I had been working for had come together. That I was at the top of my meaningful career and had arrived at my destination.

I had become masterful at what I did. And this was the reward for this high level of competence. The validation was amazing and the security was tempting.

But still I said no.

If you had told me a few months before that I would refuse, I would have told you you were crazy.

But arriving at the top of what I thought my career was brought with it a new perspective.

I found that there is a level beyond competence. Being really good at something is just part of the journey.

After that there are another two levels of meaningful work that you can aspire to.

The first is becoming a thought leader. That means not just having a high level of competence in your area. But advancing it with new insights and perspectives. It entails starting a new conversation that matters to you. A new conversation that takes things to a new level and is not currently being had in your domain of expertise.

The level after that is bringing your life’s work to the world. It is building your unique legacy. It means putting together your body of work, creating a specific product that somehow is a reflection of the core of your journey, it is creating that project or business that serves what you want to be most remembered for.

And so 6 years ago I said no because I knew that I could not do my next level within an organisation. I was tempted because I knew I could be a thought leader there. But I could also sense that there was something beyond that that needed a different frame.

This turned out to be articulating my life’s work in the way I wanted. The product of a lifetime’s adventure in my quest for purpose - and my attempts to integrate fulfilment, meaning, and positive impact. And for that I needed to keep sailing under my own steam. So that it could be set up and protected in the right way.

I knew it meant that the next few years would be more challenging - because the next step was not just about being good at something and getting paid for that. But it was advancing thinking. Basically, offering something that people may not even be aware they needed. But I chose the adventure and lived to tell the tale. And am thankful that I made the right decision.

And so when you are looking for more meaningful work. It is not enough to think about the destination. What is important is to understand at which stage you are at. Because the remedy is different based on where you are.

If I was only going for being a thought leader, I would have happily joined one of the organisations. There was enough room for that. But once my unique legacy was in the frame, then my needs changed.

Shifting to meaningful work has subtleties and layers. So ask yourself...

And if you need help with the reflection process, let me know. Whether it is defining what stage you are at or articulating your thought leadership or legacy work... Supporting leaders in going to new levels of meaningful work and positive impact is literally what I do all day. And the bonus, it is also the journey I have been walking and mapping out for the last 20 years. Welcome to my life’s work.

Louise is a Next Generation Leadership Catalyst and Advocate.

She helps leaders who are successful but feel that something is missing create and step into impact driven careers and leadership.  Specifically she guides them align to purpose, create meaningful work and become the Next Generation Leaders they are meant to be. Aka the Visionaries, Innovators and System Shifters who are building the loving sustainable world of tomorrow where we can all flourish.

She is the Founder and CEO of Positive Energy Leaders and the Creator of The Positive Energy Academy - An online course, incubator and transformational community to find your purpose and create fulfilling, meaningful work that has a positive impact.

Take control of your finances with this free 4-step guide.